The Man Who Built This Mansion

Nicholas Jarrot was born near Vesoul in the east of France in 1764. Little is known of his life until, at age 27, he took passage with a group of priests traveling to America, presumably to escape the French Revolution. He journeyed though Baltimore and New Orleans and by 1793 was a resident of Cahokia.

Jarrot proved a shrewd entrepreneur, amassing wealth primarily through frontier land speculation. Records indicate Jarrot owned upwards of 25,000 acres, including the land known today as Cahokia Mounds and Lew and Clark’s winter campsite on Wood River. A leading citizen of Cahokia, Jarrot was a lawyer, judge, and served as captain of the territorial militia. He owned a general store in Cahokia and built and operated several mills. Jarrot caught a fever in 1820 while tending one of his mills. The former refugee died on December 8, 1820, a prosperous and respected man. Read Jarrot’s last will.

The construction of the Jarrot Mansion occurred between 1807 and 1810. The house represents the early arrival of Federal style architecture to the Old Northwest Territory. Prior to construction of the Jarrot Mansion, regional designs consisted of timber frame poteaux sur solle (post-on-sill) structures with pierrotage stone infill and steep, sloping double pitched roofs. Nicholas Jarrot’s decision to build a house based on his impressions of the developing Federal style architecture found in Baltimore was a clear departure from the local building tradition. The masonry construction and minimalist expression was an “American” manifestation and signaled the future direction of cultural and architectural expansion in the territory. 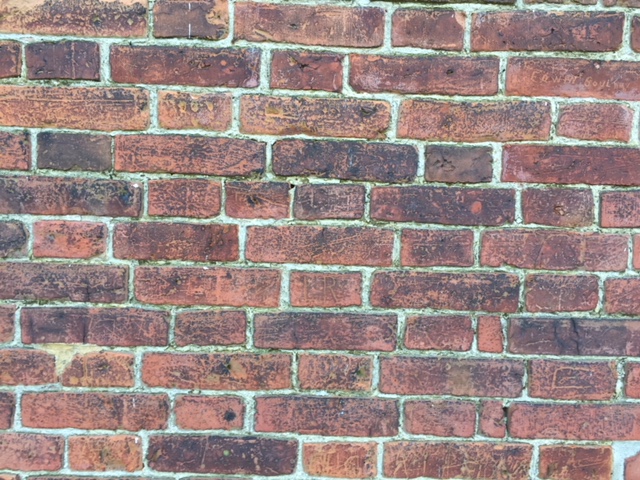 Considered the oldest regional example of non-traditional construction, the Jarrot Mansion illustrates the introduction of new materials and trade skills to the developing frontier culture. The exterior walls are constructed of hand-pressed, low-fired red bricks. The four wythe brick assembly yields about sixteen-inch wall thickness. The bricks, unpainted, are set in both Flemish and common bond patterns. The decorative Flemish bond is used on two of the more public facades while the common bond pattern is placed remaining exposures. As the site kiln was disassembled, the interior bricks of the kiln, glazed and darker in color, were integrated into the common bond wall pattern, creating a striped appearance at the side and rear facades. 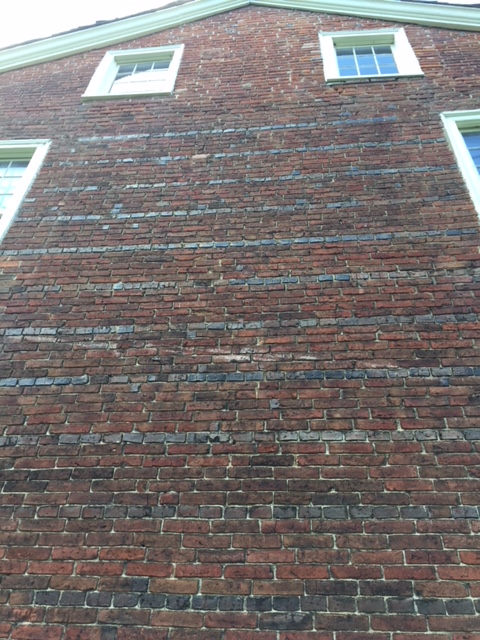 The building has had only five owners, and despite its age, remains remarkably intact. Three earthquakes over 8.0 rocked the house during the winter of 1811-12. Floodwaters nearly reached the doors in 1826, 1844, 1851, 1892 and 1903. And despite a variety of uses for which the house has been adapted, the building retains almost all of its original features, including plaster, flooring, millwork and even some window sash. The Jarrot Mansion was placed on the National Register of Historic Places in 1974 and received the extraordinary honor of being designated a National Historic Landmark in 2001.

The conservation program in place at the Jarrot Mansion is designed to preserve the original fabric of the structure. Owing to this conservation commitment, visitors to the Jarrot Mansion will not encounter a traditional house museum. Instead the planned interpretive program will allow for the historic integrity of the house to be maintained. At the same time, site educational objectives will help the public appreciate that the inevitable signs of age and wear are valuable evidence of a building’s ongoing history and use. Removal of many character-defining imperfections would result in a significant loss of historic material. Within the authentic environment of the Jarrot Mansion, exhibits will interpret the Jarrot family’s lifestyle in comparison to our modern experience. [photo]